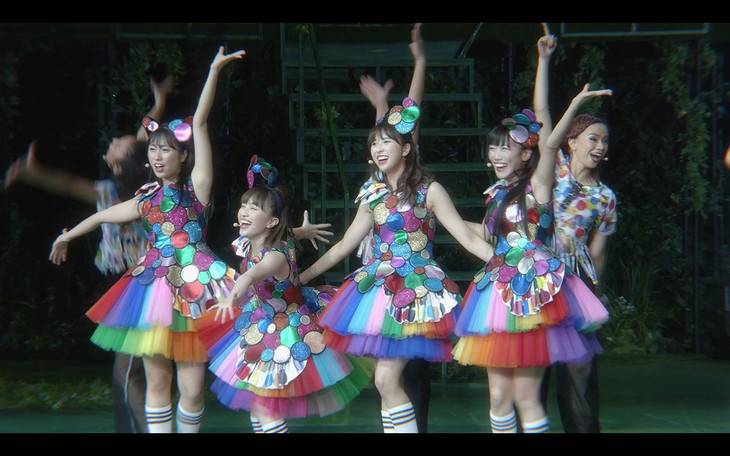 Momoiro Clover Z have unveiled the PV for their song "Tengoku no Detarame."

"Tengoku no Detarame" was released in October as the third part of the group's five-month consecutive single release project ahead of their fifth album "MOMOIRO CLOVER Z" (to be released May 17, 2019). The girls sung it as the insert song during the climax of their musical 'Do You Wanna Dance?', which was presented from September to October. It was written and composed by Shima Ryohei (Dresscodes) and arranged by Kenmochi Hidefumi (Suiyoubi no Campanera).

The PV was directed by Watabe Takehiko under the supervision of Motohiro Katsuyuki, who directed 'Do You Wanna Dance?' It's composed of footage from the actual musical.