Actress Enami Kyoko passes away due to emphysema 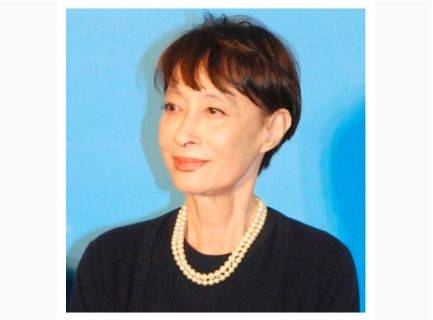 It's been reported that actress Enami Kyoko has passed away due to acute exacerbation of emphysema. She was 76 years old.

On November 2, Alpha Agency announced, "Enami Kyoko passed away on October 27th (Saturday) at 9:06 pm. On the 26th (Friday), she complained of feeling ill (worsening of breathing problems) and was immediately hospitalized at 2:00 pm. However, she was unable to recover and took her last breath the following night on the 27th (Saturday)."

Although Enami had been battling emphysema for many years, she had been "devoting herself to acting with no hindrance to her everyday life." Her agency revealed, "She had been recording a NHK radio drama until October 22 (Monday). From November until next year, she had received several drama offers. She also had meetings scheduled with the staff."

They continued, "Although Enami Kyoko has left us, she continues to live through many movies and dramas. We pray that she will also continue to live in everyone's hearts and memories."

Enami was born in Tokyo on October 15, 1942. She joined film company Daiei in 1959, then made her film debut with 'Otouto' the following year. Her 1966 starring film 'Onna no Toba' was a big hit making her Daiei's top star. In recent years, she has starred in dramas such as 'Gokusen' and morning dramas 'Carnation' and 'Beppin-san.'

Our deepest condolences go out to Enami's family and loved ones at this difficult time.