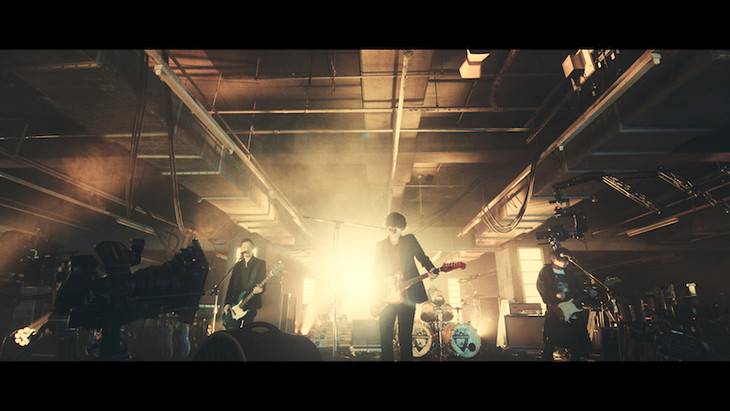 [ALEXANDROS] have revealed the PV for their new song "Arpeggio", which is the lead track from their upcoming album "Sleepless in Brooklyn" to be released on November 21.

"Arpeggio" was written as the theme song for the Play Station 4 game 'JUDGE EYES : Shinigami no Igon.' The PV, which was shot in early-October at an underground parking lot of a building in Tokyo, is comprised mainly of the band performing.

Kimura Takuya, who plays the protagonist in 'JUDGE EYES : Shinigami no Igon,' makes an appearance as his character in the PV. Kawakami Yohei (Vo, G) commented, "It was the best experience. You will know when you see it."