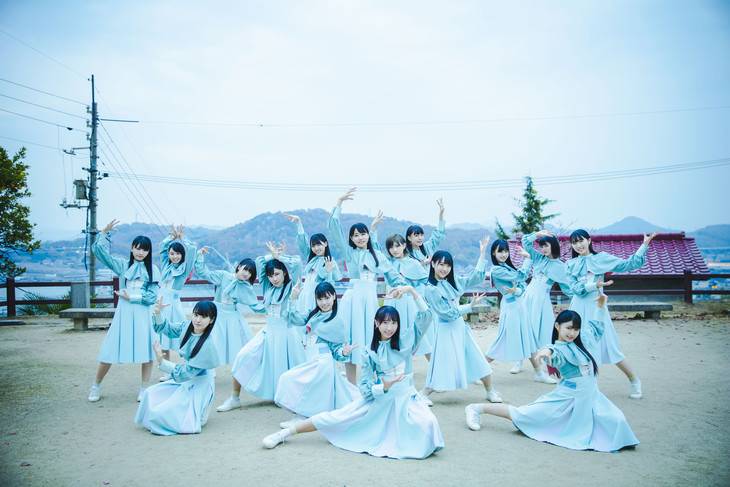 The PV for STU48's second single "Kaze wo Matsu" has been uploaded onto YouTube.

The PV was shot with drones in Onomichi City, Hiroshima, a city with many slopes and stone steps. Directed by Mitsuishi Naokazu, the video shows the members dancing up stone steps. The dance was choreographed by Tsujimoto Tomohiko, who has experience dancing in the Cirque du Soliel.

"Kaze wo Matsu" will be released on February 3.