Arashi talk about their hiatus at press conference 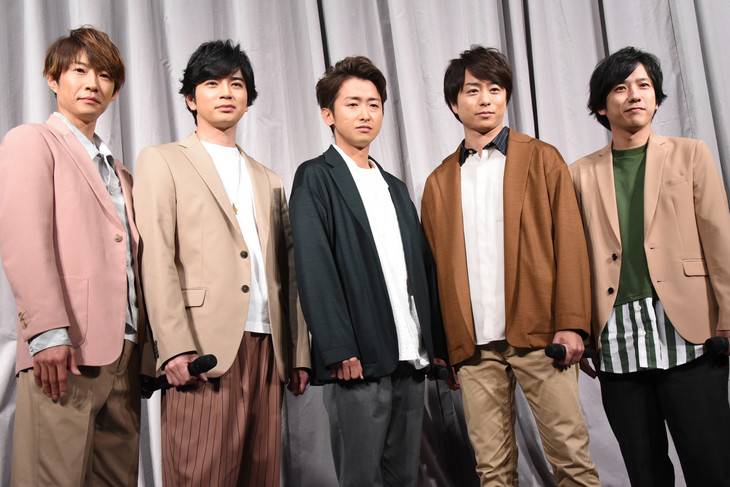 On January 27, Arashi held a press conference regarding their hiatus.

At the beginning, leader Ohno Satoshi greeted, "We made this announcement to our fans earlier. It has been decided that Arashi will take a break after December 31, 2020." When asked by reporters, "What are the details that led to this decision?" Ohno explained with a serious face, "I asked the members to get together in the middle of June in 2017 and told them how I felt. I wanted to temporarily end my activities in Arashi. I told them that I wanted to be active independently, and after discussing it multiple times, we reached the decision to take a break." He continued, "After sharing my feelings, I met with the members individually and listened to their feelings. Then the five of us met many times to talk about it, and finally had people from the agency join in on the discussion. We explained this to the agency in February of 2018, then made the decision in June of 2018."

Ohno actually thought about retiring from Johnny's in the beginning, but after discussing it with the members and staff, he decided to take a hiatus from group activities. On his plans in 2021 and beyond, he said, "I haven't made a concrete decision on what I'm going to do, but I want to take a break from this world, and see things I've never seen before. Since entering this business, I don't have experience with normal life, so I'm interested." When asked when they would be resuming their activities, the other members said, "We haven't decided anything," which lightened the mood.

There have been some rumors that Arashi will be disbanding to which Matsumoto Jun denied, "We are not disbanding." Ninomiya Kazunari said he was in shock when he heard Ohno's feelings back in 2017, "We are not Arashi with four members or six members, but we are Arashi with these five members. Without the five of us, we aren't able to give a 100% performance." Sakurai Sho reflected on the time when he received the text from Ohno, "Rather than a discussion, it was more like determination. That it's difficult to decide the fate of Arashi just by one person's feelings. At the same time, we couldn't tie someone down just by another person's feelings. No matter how much time we had spent, we had to find a common ground in which everyone agreed on. That was my role." Matsumoto stated, "I've always felt that starting and continuing group activities relied on the members' strong determination." "When I heard leader's feelings, I wasn't surprised. When we thought about our future through our many discussions, we felt that 2020 was the best timing." Aiba Masaki looked back, "I was really surprised when I first heard about it. I thought, 'No way!'  You need to be prepared when confronted with reality, so when I talked to leader, I thought about if there was any way to continue Arashi." He added, "I felt that it was wrong to make leader continue when he wasn't facing in the same direction. Also, it would be difficult if one of us left, so we decided to move forward accepting leader's feelings." 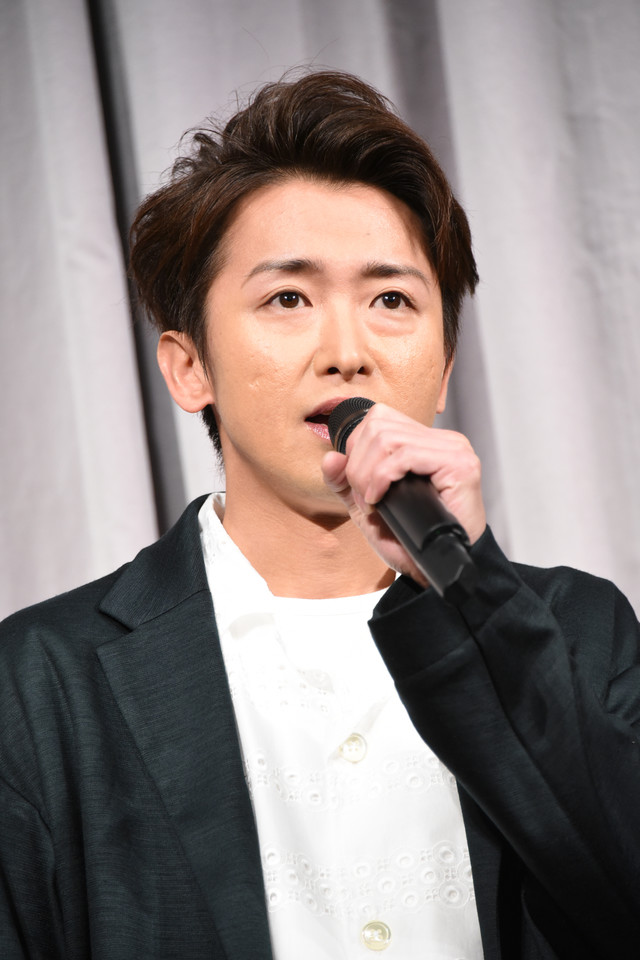 Ohno shared that he felt sorry towards the members, "All of us felt in our hearts that we wouldn't be Arashi if one person left. Every day until 2020 will be cherished." While accepting Ohno's thoughts, the members apparent had different opinions. Ninomiya said, "Rather than being opposed to it, I asked leader if we could continue," and Sakurai revealed, "It was difficult to think about disbanding with just the pros and cons. We all have our feelings. There might be those who would try to stop him, and there might also be those who would understand his feelings and head in that direction..."

Sakurai continued, "It took some time for everyone's feelings to reach the same place. We've been together for over 20 years, so we respect each other. There wasn't anybody who flipped over the desk saying, 'What in the world?!'" Aiba emphasized that the members are not on bad terms due to this, "We got closer as we spent more time talking."

On their activities after 2020, Aiba responded, "I have no plans on taking a break." Meanwhile, Matsumoto said, "I think it will be a time when I can challenge myself to things I've never done before." Sakurai answered, "The only thing I have in my head right now is Arashi until December 31, 2020. I haven't thought about anything beyond that." Finally, Ninomiya said, "I haven't thought about anything in 2021 and beyond. It is my happiness and joy that we will be able to work together until the end of 2020, so at any rate, I hope to create as many memories as possible together with everyone who support us."

Reporters also asked them about their fan's feelings and expectations. Sakurai stated, "They've been dealing with our selfishness over all these years, so I think this is our last selfish act." On what they want to do before their hiatus, Matsumoto revealed, "We want to hold events. We want to release a best-of album and a video collection. There are many things we want to do."

To their fans, Ohno called out, "I think you are feeling many things right now, but I will think about how we can return thanks to our fans in the next two years." Matsumoto expressed, "After today's announcement, we will live everyday positively until 2020. I think you will be able to have a peace of mind when seeing the atmosphere at one of our variety shows." Sakurai stated, "There are dreams that we can only achieve as Arashi. There are mountains of sights that we can only see as Arashi. We hope the fans can run with us in order to see those sights." Similarly, Aiba said, "With the time that we have, we have to entertain those who watch us. We will do our best the next two years." Finally, Ninomiya apologized to the fans for the chaos, "Looking forward, I think there will be hard times, so by facing our fans, I hope to make the next two years something that will make you say 'Arashi is the best.'"

During his break, Ohno hopes to keep his looks and physique. "When you stop appearing on TV, you suddenly start to age. I need to rest while being more careful than the other four," he said.

The press conference ended with a word from each of the members. "I am very thankful to have met these four. I was able to see many things thanks to the fans. Thank you very much. I will do my best so you can enjoy these two years, so please support Arashi until the very end." (Aiba) "Right now, I hope that our words have reached our fans. We talked about many things and reached this decision. What I feel most strongly about is that I love Arashi. With those feelings in mind, I will continue my activities." (Matsumoto) "I feel very sorry that I surprised many people. It's really a decision that the five of us reached after many many discussions. The remaining two years, I hope to work hard as Arashi while thinking about what I can do in Arashi, as well as an individual." (Ohno) "Arashi isn't Arashi without these five members. We will run through the next two years. I hope you will run with us while dreaming the same dreams and seeing the same sights." (Sakurai) "As before, so that these 20 years are not a lie, I hope the five of us can make memories with our fans. Starting with leader's feelings, we've reached this conclusion, but in order for him to rest well, we will put all of our efforts into each and every job. Please continue to support us." (Ninomiya)

Arashi is currently in the middle of their anniversary tour 'ARASHI ANNIVERSARY LIVE TOUR 5×20' which will run until December. 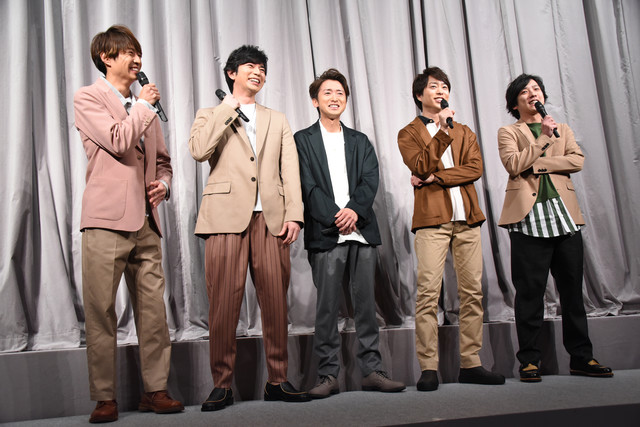