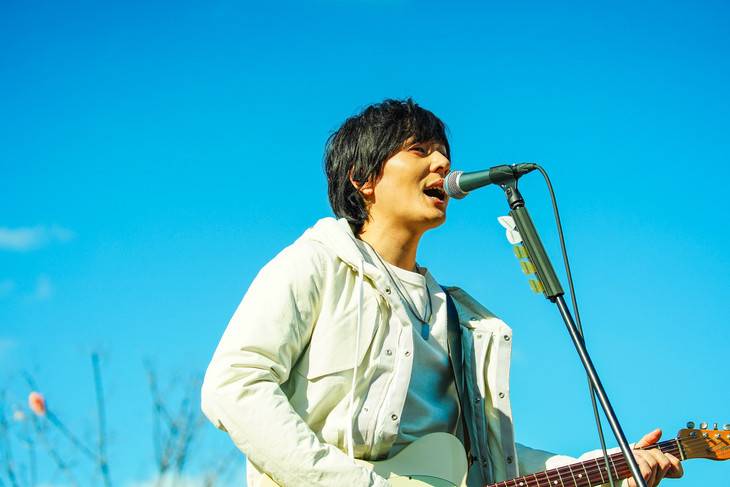 flumpool have resumed their activities.

flumpool had been on hiatus since December of 2017 due to vocalist Yamamura Ryuta's throat condition. On New Year's Eve, Yamamura appeared on a radio program for fan club members and said, "On the day the band formed, January 13, I want to hold a street live in our hometown of Osaka." After that, the members talked about it, and they held a surprise concert on January 13 at Tennoji Park in Osaka.

At 10:00 am, Yamamura tweeted that they will be holding a live at 1:00 pm. Fans gathered at the venue and screamed in excitement when the members walked onto the stage. He greeted the crowd saying, "Everyone at Tennoji, hello, we are flumpool! This will only be a short while, but please enjoy it!" They performed their hit songs "Hana ni Nare" and "two of us."

During this live, flumpool announced that they will hold a fan club tour 'flumpool FAN MEETING ?FM SAKAI 2019?' from February, then a nationwide hall tour from May. They are also in the middle of recording, and will be releasing a new single (currently untitled) in May.