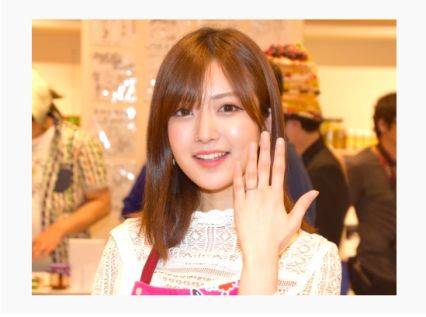 Former NMB48's Suto Ririka has announced that she will be retiring from showbiz at the end of the month.

Suto had been continuing her entertainment activities while aiming to become a philosopher. According to a person affiliated with her agency, she had asked to retire last spring, and since then, there had been many discussions about her future path. Finally, it was decided that she would be retiring according to her will. Although there are programs scheduled to air in February that she's already done recording for, her activities will officially end this month.

Suto released a statement via her agency. She said that she was able to "study many different philosophies" thanks to the support of the members, staff, and fans. She explained, "Being active in showbiz in a blessed environment started to create conflict within me. That conflict didn't go away while continuing my activities with everyone's support. I felt guilty if things were to continue this way."

On her future plans, she commented, "Although I will take a step away from showbiz, I will live a life without any regrets. Right now, as the first step, I am studying hard for the college entrance exams in order to make my dreams come true." She continued, "I hope to see everyone again someday as Suto Ririka, the philosopher. Thank you very much until now."

Suto joined NMB48 as a draft first generation student in 2013, then made her debut the following year. She became a senbatsu member for the first time in their 11th single "Don't look back!" then served as center for the first time in their 12 single "Dorian Shonen." She ranked 20th in the '9th AKB48 General Election' in 2017, when she made a surprise announcement that she would be getting married.

Since graduating from the group in August of 2017, Suto has been active as a solo talent. In April the following year, Suto registered her marriage with a non-celebrity man.