Miura Shohei talks about his newlywed life with Kiritani Mirei 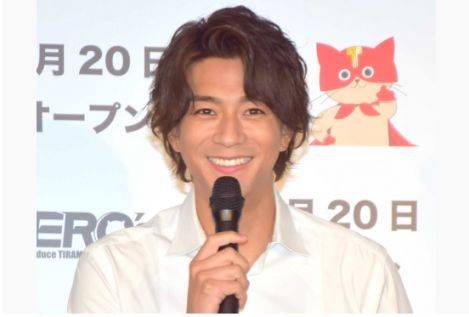 On January 17, actor Miura Shohei attended an event commemorating the opening of the first stores for tiramisu specialty shop 'HERO'S.'

Miura married actress Kiritani Mirei in July and held their wedding reception last month. During the event, he expressed, "Now that I've gained a family member, I want to work even harder. I need to support her." On his newlywed life, he shared, "We are getting along. We haven't fought yet. As the letter said [at the time of marriage], we are working hard to build a family full of smiles." He continued, "We've been busy, and it's finally slowed down. We hope to go somewhere soon."

Miura also talked about things he want to challenge this year which include appearing in musicals and getting involved in voice acting. "I want to voice a Disney character. I want to become a voice actor! I've loved Disney since I was little," he said.

'HERO'S' opened its first stores in Omotesando, Tokyo and Sannomiya in Hyogo. Miura will serve as the store's image character. After having a taste of their tiramisu, he said with a smile, "It's not too sweet. It's delicious."