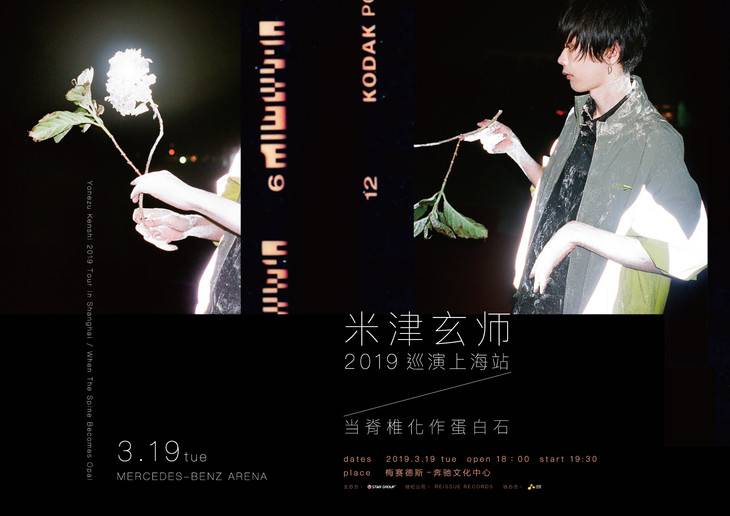 Yonezu Kenshi will hold his first overseas concerts in Shanghai and Taipei this March.

Yonezu has been gaining attention from all over the world, but Shanghai and Taipei were chosen as the locations for his first overseas concerts as he is most popular there. These concerts will be held as a part of his arena tour 'Yonezu Kenshi 2019 TOUR / Sekitsui ga Opal ni Naru Koro', which will kick off on January 19.

Yonezu opened up a Weibo account on December 26, which has over 240,000 followers. He plans to release details regarding his overseas activities through this account. 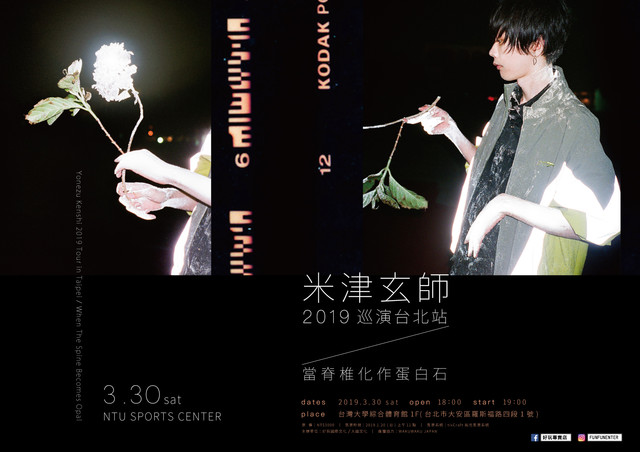