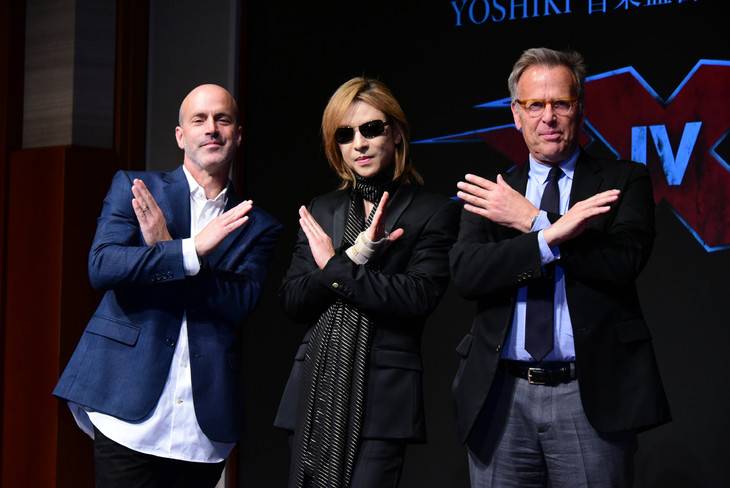 Director Caruso, who has been a fan of YOSHIKI for some time, asked him to serve as the music director as he believed that "through music, he would incorporate various feelings into the film." He commented, "I want to work together to create a movie and music that is unforgettable."

Producer Johnson met YOSHIKI for the first time a few weeks ago, but he has always been a fan. "I've always wanted to work with him, so I'm happy that it was actualized. I hope to deliver a new movie to everyone by pouring passion into it with YOSHIKI." 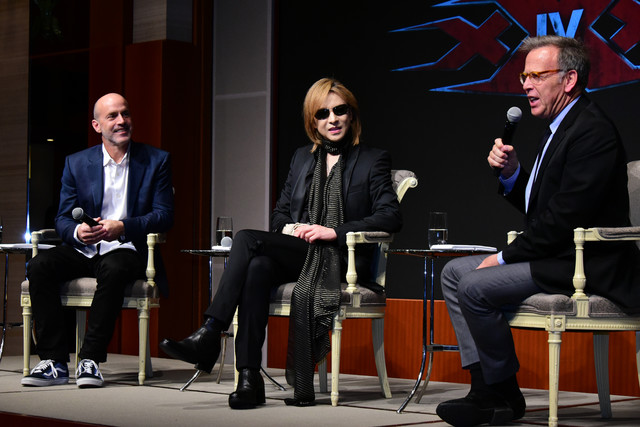 YOSHIKI, who received the offer to become the movie's music director, reflected, "D.J. and I talked about it on November 4th of last year." He also revealed that he hesitated on taking the offer because his priority was to finish X JAPAN's new album. However, he decided to accept the offer at a meeting that was held on January 2nd in Los Angeles. On the movie's title, YOSHIKI commented, "The 'X' is really a coincidence, but I feel a strong sense of affinity."

On the highlight of the film, director Caruso stated, "This movie will be made together with the TV series, so I hope to portray a worldview on an even bigger scale. YOSHIKI will also be joining the production side of the TV series. He might even make an appearance on the big screen." YOSHIKI followed up with, "It was a rapid development, but I will be making an appearance in the film. I'm originally a musician, so I never had an interest in acting... The scene I will be appearing in has also been decided, but I can't say [which scene] because I will get scolded." 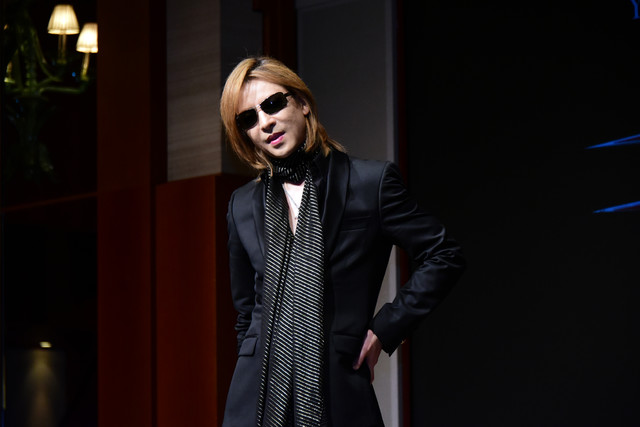