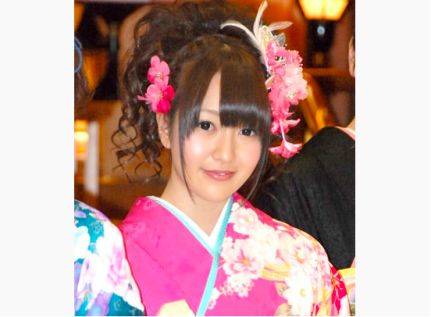 On Twitter, she wrote, "Please allow me to use this opportunity to make an announcement to my fans. It's a personal matter, but I, Sato Amina, have registered my marriage with a non-celebrity man." She continued, "I will brace myself and delve into my work, so please continue to support Sato Amina!"

Sato joined AKB48 as a fourth generation member in 2007. She ranked eighth in the first AKB48 General Election held in 2009. She graduated from the group in May of 2014 to become a voice actress.