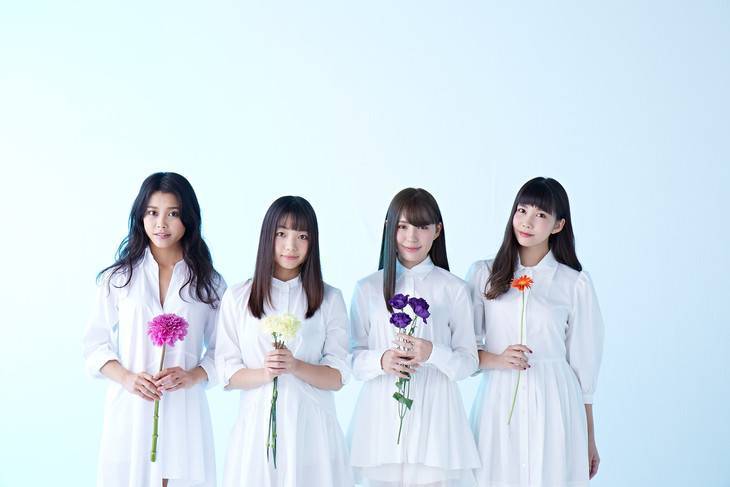 9nine have announced that they will be going on hiatus.

On the reason for their hiatus, the group explained on their official website, "About a year after we became a four-member group in fall of 2017, the members and staff seriously thought about their respective positions, and spent a lot of time discussing. During our discussions, we had many conflicts, and it was decided that the members should each challenge themselves to new things and carry out individual activities responsibly in order to grow." They will halt their activities after their one-man live '9nine one man live 2019 -Forever 9nine-' at Nakano Sun Plaza Hall.

9nine formed in September of 2005. Since July of 2016, they have been active as a four-member group with Yoshii Kanae, Murata Hirona, Satake Uki, and Nishiwaki Sayaka.