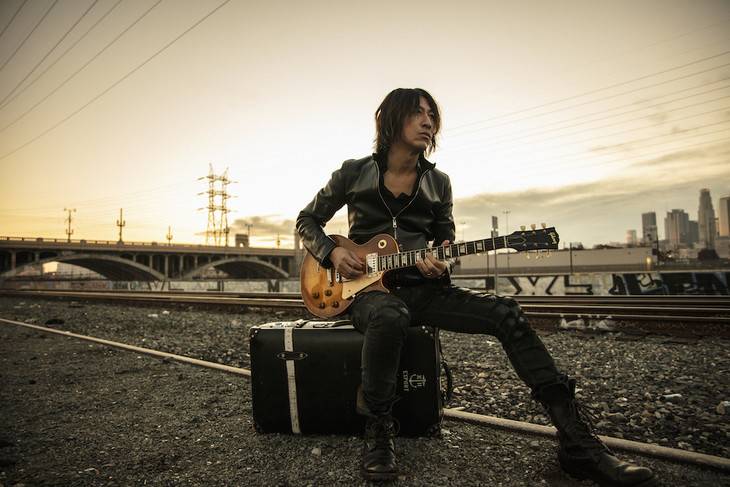 GLAY's TAKURO (G) will be releasing his second solo album "Journey without a map II' on February 27. At this time, the PV for its lead track "Yasuragi no Chise" has been uploaded onto YouTube.

"Yasuragi no Chise" is described as a slow ballad with a gentle tone. "Chise" in the Ainu language means "home." Shot in Los Angeles, the PV features scenes of TAKURO playing the guitar as well as scenes of Los Angeles and the people who live in the city.