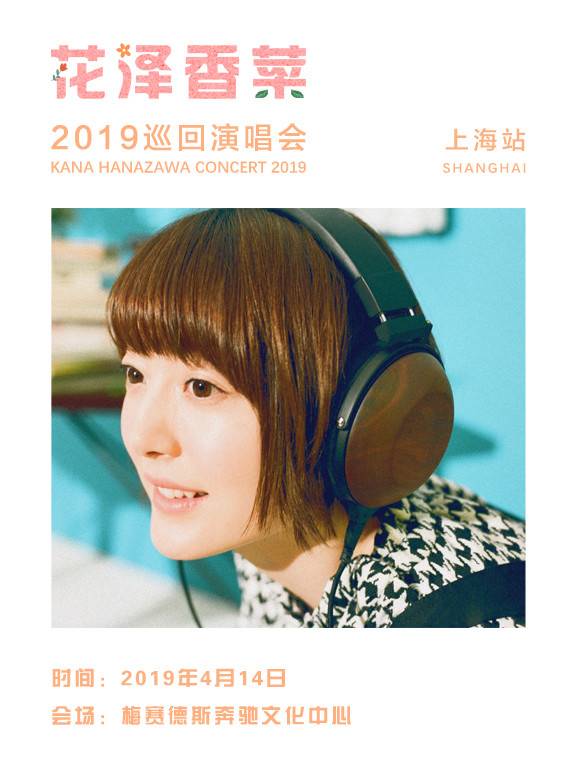 Animes in which Hanazawa has participated as a voice actress has become popular in China. She even made a guest appearance in Beijing TV's special program '2019 BTV Universal Toshikoshi Yuki to Koori no Saiten' last year. The one-man live in Shanghai was determined in response to the demand of the local people.

In other news, Hanazawa will her new album "Coco Base" on February 20 and will hold a one-man live at TOKYO DOME CITY HALL on her birthday, February 25. Then she will set out on a tour called 'KANA HANAZAWA Concert Tour 2019 -Coco Base-.'