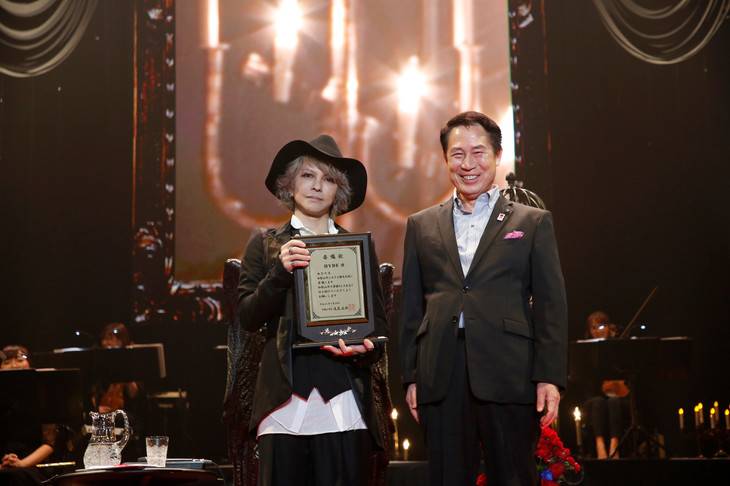 HYDE has been appointed as the sightseeing ambassador of Wakayama City. A swearing-in ceremony was held at the end of his acoustic concert 'HYDE ACOUSTIC CONCERT 2019 Kuromisa BIRTHDAY' held on January 30 at Wakayama Big Whale.

As ambassador, HYDE will show the appeal of the city to people both within and outside Japan. HYDE is originally from Wakayama, and he talked about his feelings toward his hometown during the concert.

Wakayama Mayor Obana Masahiro also appeared at the swearing-in event and presented HYDE with the letter of appointment. The crowd laughed at the unexpected happening and gave HYDE a big round of applause.