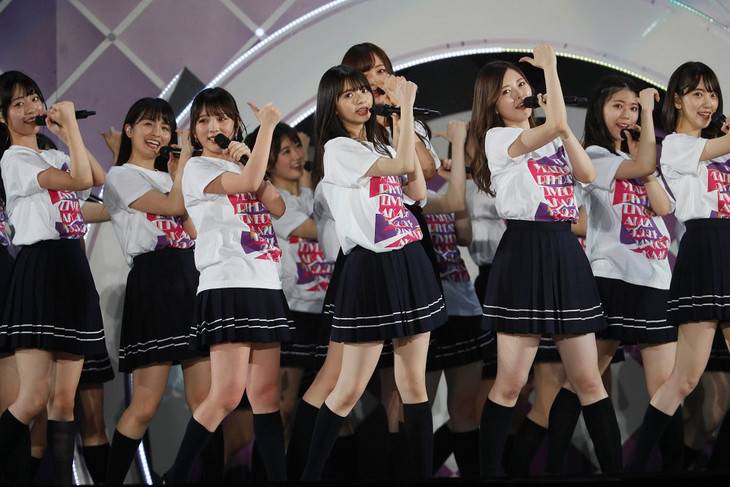 Nogizaka46 have announced that they will release their fourth original album (currently untitled) on April 17.

This was announced on February 22 during the second night of their debut seventh anniversary live '7th YEAR BIRTHDAY LIVE' held at Kyocera Dome Osaka. It's been two years since the group released their last album "Umaretekara Hajimete Mita Yume" May of 2017.

The '7th YEAR BIRTHDAY LIVE' is being held for a period of 4 days from February 21 to 24. Ikuta Erika, who was unable to participate on the first night due to scheduling issues, kicked off this night with the group's tenth single "Nandome no Aozora ka?" with a flying performance.

In addition, Nishino Nanase, who graduated from the group last year, made a surprise appearance during the encore and performed her solo song "Mou Sukoshi no Yume."