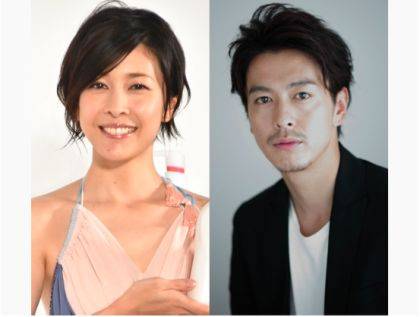 It's been reported that actress Takeuchi Yuko (38) and actor Nakabayashi Taiki (34) have gotten married.

Both Takeuchi and Nakabayashi released a written announcement via their agencies stating, "At this time, we would like to report that we have registered our marriage. We met during a film shoot about ten years ago. We started off as senpai and kohai, but before we knew it, we felt that relationship changing."

Takeuchi has a son from a former marriage with Kabuki actor Nakamura Shido (46). On building a new family, she commented, "My son also supported us saying, 'I hope we can become a family of three someday.'"

The couple continued, "From the bottom of our hearts, we would like to thank the many people who have supported us until today. We have become tense to have gained a family member to protect, at the same time, we will work hard to push forward in our careers."