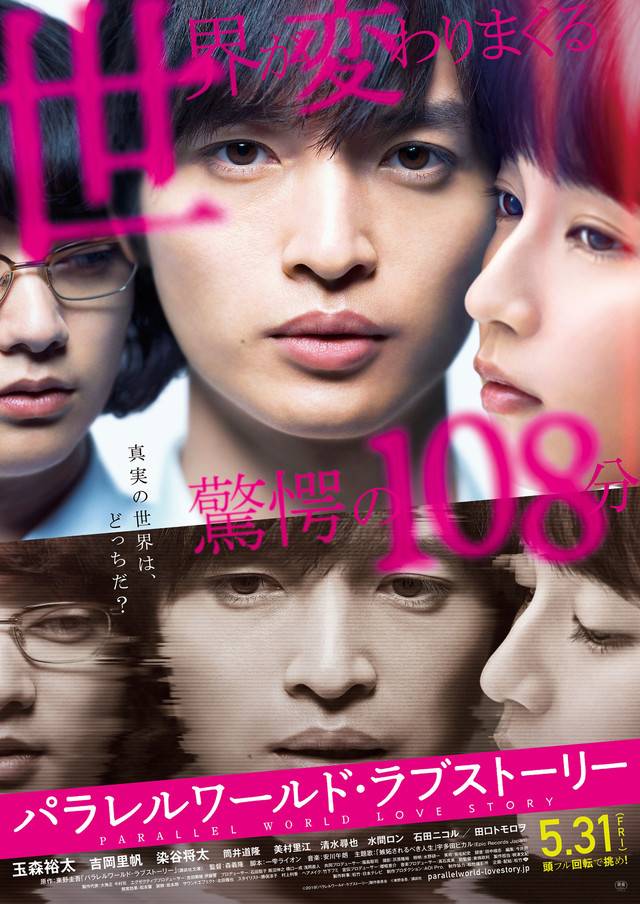 Utada Hikaru's song "Shitto Sareru Beki Jinsei" has been picked up as the theme song for movie 'Parallel World Love Story' to open in theaters on May 31.

Based on a novel by Higashino Keigo, 'Parallel World Love Story' portrays the love story of three individuals who go between two parallel worlds. Tamamori Yuta (Kis-My-Ft2) plays 'Tsuruga Takashi,' a young man who is tossed between his feelings for a woman he loves and his friendship with his best friend. The heroine 'Tsuno Mayuko' is played by Yoshioka Riho and Takashi's best friend 'Miwa Tomohiko' by Sometani Shota.

"Shitto Sareru Beki Jinsei" was included in Utada's album "Hatsukoi", which was released last June. When the album was released, director Mori Yoshitaka found that the sharpness of the song and the worldview of its deep lyrics matched the movie's last scene.

Tamamori commented, "I immediately downloaded it on the way home from watching the completed film. I got chills the moment when Utada-san's song played at the ending credits. I've always liked Utada-san's worldview and songs, so I still listen so her a lot."