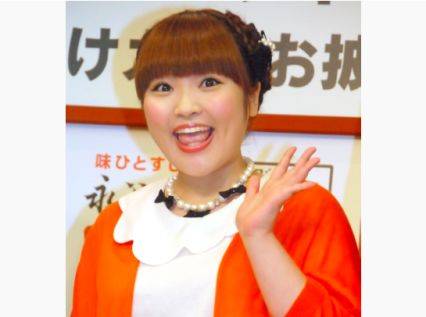 On February 5, comedian Yanagihara Kanako (33) made a live appearance on Fuji TV's 'Viking' where she announced that she got married on February 4. Her husband is a non-celebrity man who is a year older than her.

On the program, Yanagihara shared all the details from how they met to the proposal. They met through a friend and dated for about a year. She commented, "Food tastes better when we are together. I am able to sleep next to him. We've been living together for about two weeks." On the proposal, she shared, "It was romantic. He opened the ring box and asked, 'Will you marry me?' However, the ring only fit beneath my nail. We are getting it resized, so it should be done in about three months."

MC Sakagami Shinobu asked is there's a celebrity that her husband looks like. She responded, "He is more handsome than any celebrity." She also shared that they are planning on having a wedding and honeymoon later.