Check out Sandaime J SOUL BROTHERS' PV for 'Yes we are' 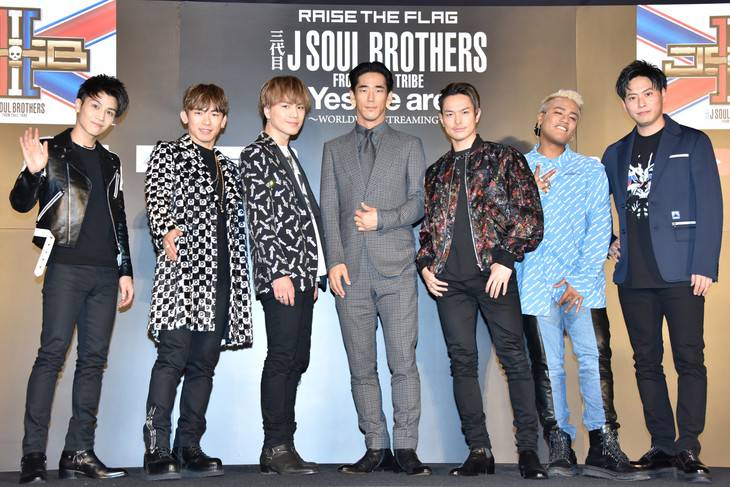 The event, which was held to commemorate the release of their new single "Yes we are" (March 13 release), was streamed live on 11 different media, websites, and social networking platforms including AbemaTV, Instagram, LDH TERMINAL, LDH TV, LINE, Twitter, and Weibo. During the 30-minute event, the members talked about their 2019 slogan "RAISE THE FLAG" and their new song. They also had a surprise screening of the music video for "Yes we are."

On the PV, Yamashita Kenjiro said, "The members sport 7 different outfits in 7 different situations. One of the highlights is being able to see a total of 49 different outfits. Also, it's a dance video that is made up of dance from beginning to end. I think watching it is very worthwhile."