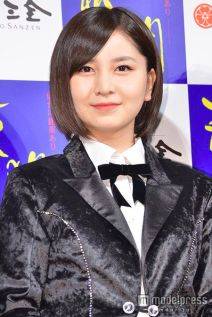 On March 9, former AKB48 member and actress Iwata Karen revealed on Twitter that she was involved in a traffic incident that resulted in a fracture. As such, she will be absent from her scheduled event.

Iwata was scheduled to appear at an event within the 'Sendai Bousai Mirai Forum 2019' on March 10 in Sendai. The event's management team wrote on Facebook, "Our guest Iwata Karen-san suffered a fracture on March 8 after coming in contact with a motorcycle and falling. She is no longer able to appear in the event."

Iwata will also be unable to appear on the Iwate Menkoi TV / Sendai Housou / Fukushima TV program scheduled for March 11.