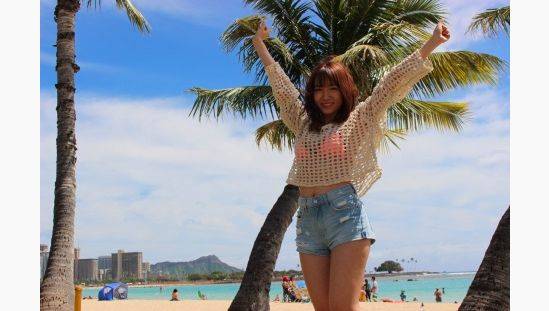 On March 12, SKE48's Oba Mina made a surprise appearance at a program on 'KZOO HAWAII' at a radio station located inside of the Ala Moana Shopping Center in Hawaii. She revealed that she was visiting photoshoots for her first photo book.

Oba, who appeared on the program right after her shoot, showed confidence in her first book saying, "I think it will turn out to be a photo book that everyone will be satisfied with."

After the radio show, she commented, "It's a little strange to be live on radio in Hawaii, where I am shooting for my photo book, but I was able to properly talk about my photo book! I think the release date is still far ahead, but please look forward to it."

The photo book will be released from Square Enix this summer. The actual release date will be announced on Young Gangan Magazine.