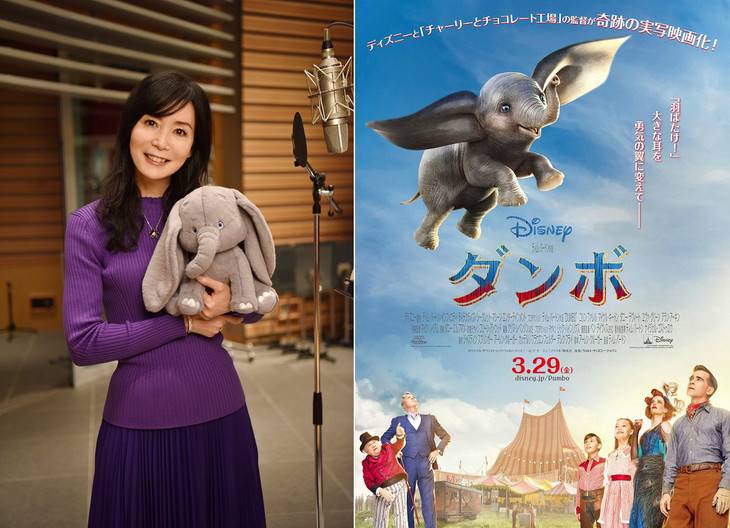 It's been revealed that Takeuchi Mariya will sing the Japanese ending theme "Baby Mine" for Disney's live-action adaptation film 'Dumbo' (March 29 premiere).

Directed by Tim Burton, the movie inspired by Disney's 1941 animated film of the same name. "Baby Mine" is a ballad that Dumbo's mother Jumbo sings to Dumbo in the film. For the Japanese version, Takeuchi translated the lyrics herself, and her husband Yamashita Tatsuro participates in the chorus.

She commented, "Every time I watched 'Dumbo' with my daughter when she was young, I cried during the scene where they sang 'Baby Mine.' I never imagined that I would be singing this song 30 years later! While thinking about those days, I sang it with all my heart."