Uchida Yuya passes away at 79 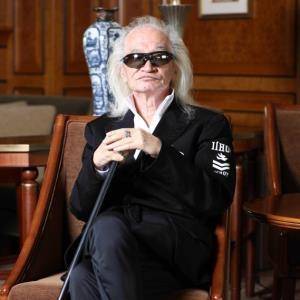 It's been reported that Uchida Yuya has passed away on March 17 at a hospital in Tokyo due to pneumonia.

Uchida was born on November 17, 1939 in Hyogo Prefecture. He formed Blue Jean Baps in 1958, then made his debut the following year. Besides his music career, he also acted towards the end of the '70s and beyond. Every year, he held an all-night event called 'NEW YEARS WORLD ROCK FESTIVAL' which created a buzz. His wife, actress Kiki Kirin, passed away on September 15, 2018 at which time he released a comment.

Uchida's funeral will be held with close relatives, then a public memorial service will be scheduled later. His office commented, "We are grateful that he was able to live a life of Rock'n'Roll with the support of many friends, acquaintances, and family."

Our deepest condolences to his family and friends at this difficult time.