RADWIMPS and Shinkai Makoto to team up again for new movie 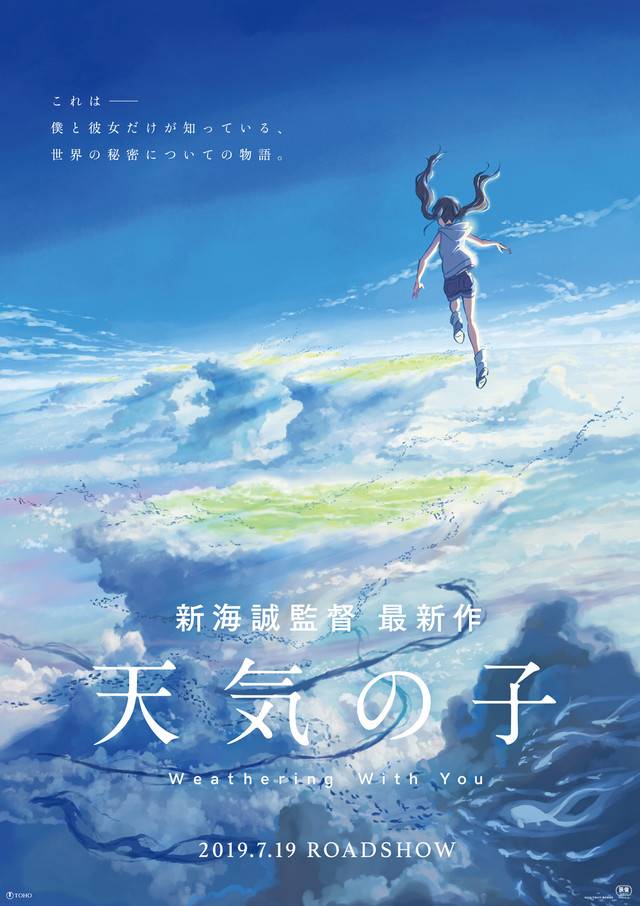 It's been revealed that RADWIMPS will be in charge of the soundtrack for the animated film 'Tenki no Ko' directed by Shinkai Makoto.

Shinkai and RADWIMPS previously worked together for the hit film 'Kimi no Na wa.' in 2016. 'Tenki no Ko' follows the story of a boy and girl who are tossed about by their fate in an era where the balance of weather is disturbed.

Shinkai contacted the band in August of 2017. Like the last film, he sent over the script and met with the band many times as they worked on the soundtrack. On producing the movie's music, RADWIMPS commented, "We've been working on it while messaging Shinkai-san everyday, probably more than most couples around. We feel very honored to start this new adventure together."

In the first trailer, you can listen to a clip of one of the theme songs titled "Ai ni Dekiru Koto wa Mada Arukai." The trailer was edited by Shinkai himself.

'Tenki no Ko' is scheduled to open in theaters on July 19.