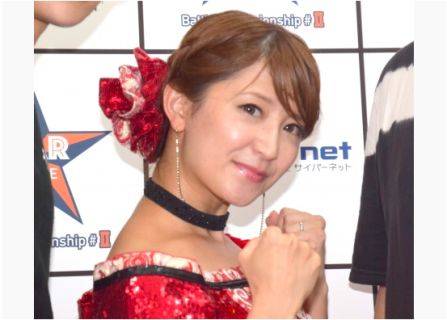 On April 2, former Morning Musume member Yaguchi Mari (36) made a live announcement  that she is currently pregnant with her first child.

On AbemaTV's 'Yaguchi Mari no Kayou The NIGHT,' comedian Okano Yoichi pointed out, "I learned about your wedding ceremony through the internet." Yaguchi responded, "I had planned on making the first announcement on this program," and revealed that she held her wedding ceremony with family last month in Okinawa.

She continued, "I have one more announcement. There is a new life growing inside of me. I am due at the end of summer." She stood up and rubbed her stomach saying, "I couldn't hide it anymore. I had to announce it." She then promised, "We don't know the sex yet. But we will find out soon, so I will make the announcement here when I do."

When asked about her husband's response, Yaguchi shared, "He's very happy. We both are. It's been a year since we've got married and we've always been thinking about it. The timing is just right, so we are looking forward to it."

Yaguchi was previously married to actor Nakamura Masaya, but divorced in 2013 due to her cheating scandal. She took a short break from her activities, and made a comeback in October of 2014. She remarried a former model last March after dating for four years.

Zenbu Kimi no Sei da. to go on hiatus after their concert at Nippon Budokan
4 hours ago   0   106