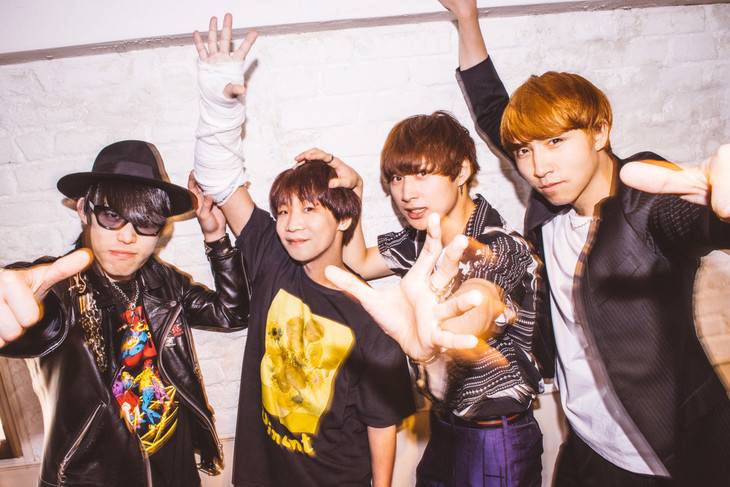 go!go!vanillas bassist Hasegawa "Pretty" Keisuke, who was struck by a large vehicle while walking in Tokyo last December, has successfully received surgery on his right arm.

Since being discharged from the hospital in March, Hasegawa had been canceling his appearances in concerts and recuperating at home. Now that he's had surgery on his right arm, a new artist photo featuring the four members has been revealed.

go!go!vanillas kicked off their nationwide tour on May 30. The first half of the tour will be held utilizing some audio that was recorded before Hasegawa's accident. Hasegawa, who is still recuperating, is scheduled to join the other member for the second half of the tour in October.