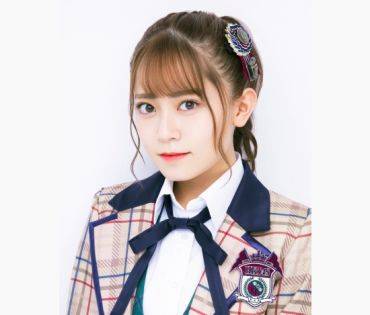 On May 20, HKT48 member Iwahana Shino announced her graduation from the group during Team KIV's 'Seifuku no Me' performance.

During the performance, Iwahana said, "Through this work, I became interested in makeup. In the future, I want to work in that field." Her last 'Seifuku no Me' performance will be held on June 21. More details on her forthcoming schedule will be revealed as they are confirmed.

Iwahana joined HKT48 as a second generation student in 2012. In March of 2014, she was promoted to Team KIV.

Zenbu Kimi no Sei da. to go on hiatus after their concert at Nippon Budokan
5 hours ago   0   115