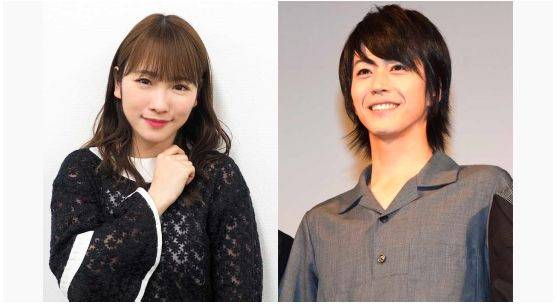 Former AKB48's Kawaei Rina and actor Nagase Tomoki have announced their marriage. Kawaei is currently pregnant and is scheduled to give birth by the end of the year.

In a joint announcement, the couple wrote, "At this time, we, Nagase Tomoki and Kawaei Rina, would like to announce that we have registered our marriage. At the same time, we have been blessed with a baby. We are scheduled to give birth by the end of the year." On Kawaei's work, they revealed, "She plans to continue working while taking care of her health."

The two starred in the stage play 'Karephone', which was shown in Shanghai last October. As a result, they became "attracted to each other, and while dating, began to think about marriage."

Kawaei also wrote on her official blog, "I feel very sorry that this announcement is really sudden." She continued, "Right now, I am looking forward to the birth of my child and feel very happy that we were given this new life."