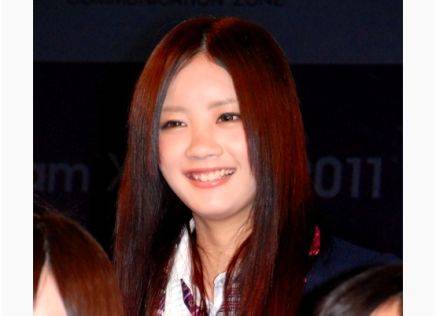 Hatanaka announced, "On June 3 at 7:08 pm, I gave birth to a healthy baby girl weighing 3,962 grams (8lbs 11oz) and measuring 54.5 cms (about 21 inches) long. She was so much bigger than expected that even the doctors told me that it was tough. It was a very long and difficult labor."

She revealed that her husband was beside her the entire five days in the hospital. "He was supposed to witness to her birth, but she was such a big baby that he wasn't able to in the end. However, during contractions, he rubbed my back and gave me water to drink. I don't think I could've done it without my husband. Thank you for making me a mother," she continued, "I've never experienced such happiness before. I don't think there are words to express it. I will sacrifice myself to protect this treasure."

Hatanaka graduated from Nogizaka46 in April of 2015. Last January, she revealed that she had gotten married in 2017.