MAN WITH A MISSION to hold North American tour 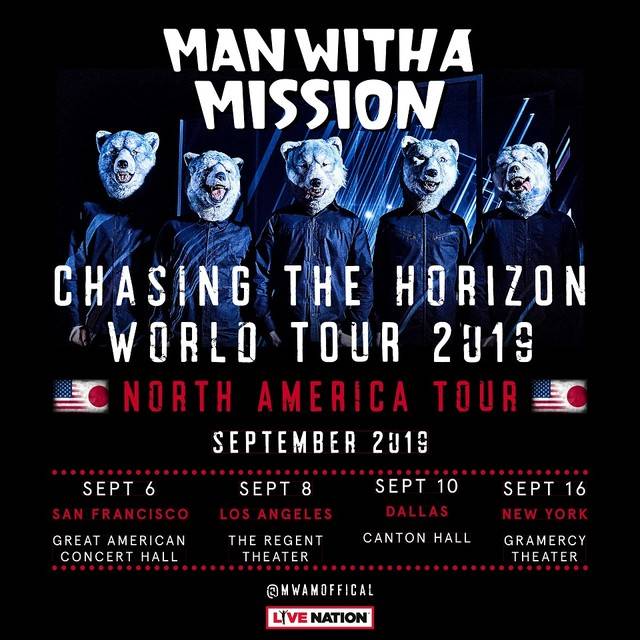 It's been about 5 years since the band last toured North America. Currently, they are scheduled to perform 2 shows in California, one in Texas, and one in New York. More dates are to be revealed later.