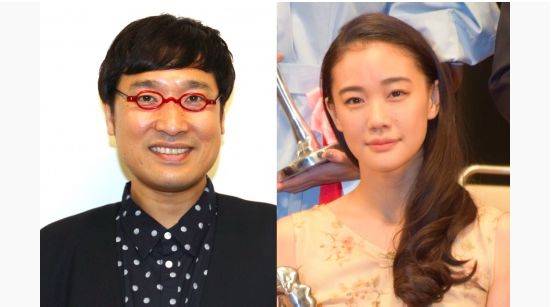 On June 5, Yamasato Ryota (42) of comedian duo Nankai Candies and actress Aoi Yu (33) announced their marriage via their respective agencies.

Yamasato's agency Yoshimoto Creative Agency commented, "We would like to announce that comedian duo Nankai Candies' Yamasato Ryota and Aoi Yu-san have registered their marriage. Aoi Yu-san is not pregnant at the time." Aoi's agency also made a similar announcement.

On the morning of June 5, some sports papers reported that Yamasato and Aoi have tied the knot. Later, Yamasato appeared on NTV's morning news program 'Sukkiri!' as "Ten no Koe" (Heaven's Voice), and announced his marriage live.

According to reports, the couple had been dating for about two months. They submitted their marriage registration papers on June 3.