Taguchi Junnosuke released on bail after arrested on possession of marijuana 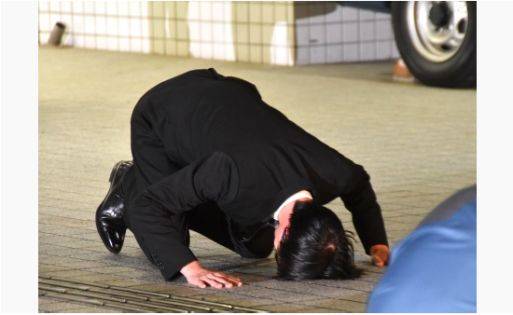 Former KAT-TUN member Taguchi Junnosuke, who was arrested with actress Komine Rena on possession of marijuana, was released on bail from the Tokyo Wangan Police Station on June 7.

As it was reported earlier, the two had kept a few grams of marijuana at their apartment/office in Setagaya Ward. After their arrest, they were interrogated by the Narcotics Control Department of the Ministry of Health, Labour and Welfare in Tokyo's Chiyoda Ward, then transferred to the Wangan Police Station in Koto Ward. On June 5, they were prosecuted by the Tokyo District Public Prosecutor's Office on violation of the Cannabis Control Law.

Taguchi, who appeared in a black suit and necktie, said clearly, "I am very sorry to cause everyone to worry due to the incident that I caused." He continued, "On any account, I promise to never get involved with illegal drugs, such as marijuana nor crimes again. I will take a break from my entertainment activities for the time being. I hope to start all over, atone for my sins, and live frantically in order to have everyone's trust back as soon as possible."

Finally, he stated, "I ask for everyone's continued guidance and encouragement. Moreover, please continue to support me. Again, I am very sorry." He then went down on his hands and knees for about 16 seconds to apologize for the last time.