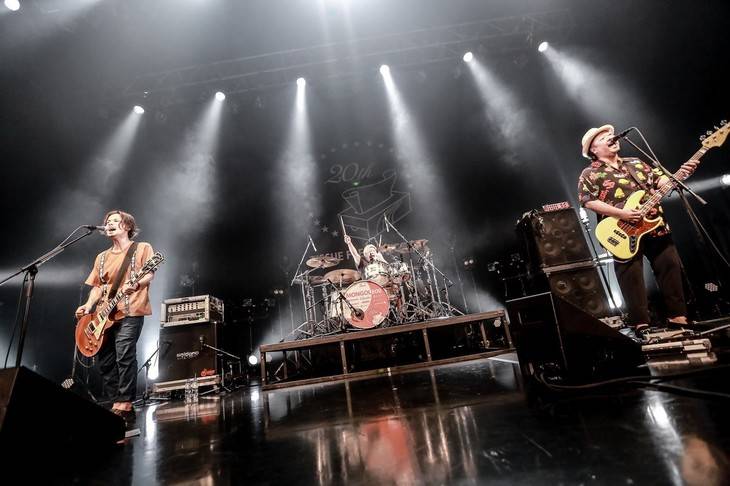 It's been announced that MONGOL800's Gima Takashi (G, Vo) has left the band as of July 3.

Since about ten years ago, Gima had felt that MONGOL800's activities were a burden, and somewhere in his mind, he had always wanted to quit. He discussed this with others around him and was persuaded to rethink quitting the band hoping that "something would change." However, those feelings never went away, and he had been on hiatus since April. On MONGOL800, Gima commented, "I entered the music career after finishing school. Monpachi, which I have earnestly devoted myself to, was my everything."

As for Uezu Kiyosaku (B, Vo) and Takazato Satoshi (Dr, Vo), they plan to continue their activities as MONGOL800 with a support member.