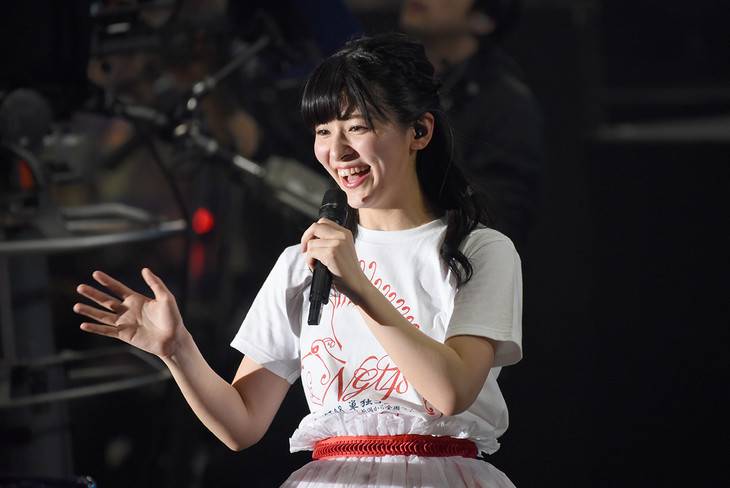 NGT48 member Murakumo Fuka has announced her graduation from the group.

Murakumo made the announcement via a video on the group's official website. In the video, all members make an appearance. "I wanted to express my feelings as a member of the current group, so I decided to shoot this video with all members," she explained. Murakumo decided to graduate after discussing it with her parents at the beginning of the year. She then reported the news to NGT48 Theater Manager in late February. After graduation, she will leave showbiz and move toward her new dream.

Although she hasn't made her reason for graduating clear, she expressed, "NGT48 is important to me, which is why I feel there are many things about the group that has to change. During the past few months, I deeply realized that it's not going to be easy for the group to change. But I don't want them to give up because I want people to watch NGT48 change."

Matsumura's last handshake event will be on August 11, and her graduation concert will be held at the end of August.