SID's upcoming album to include all new songs 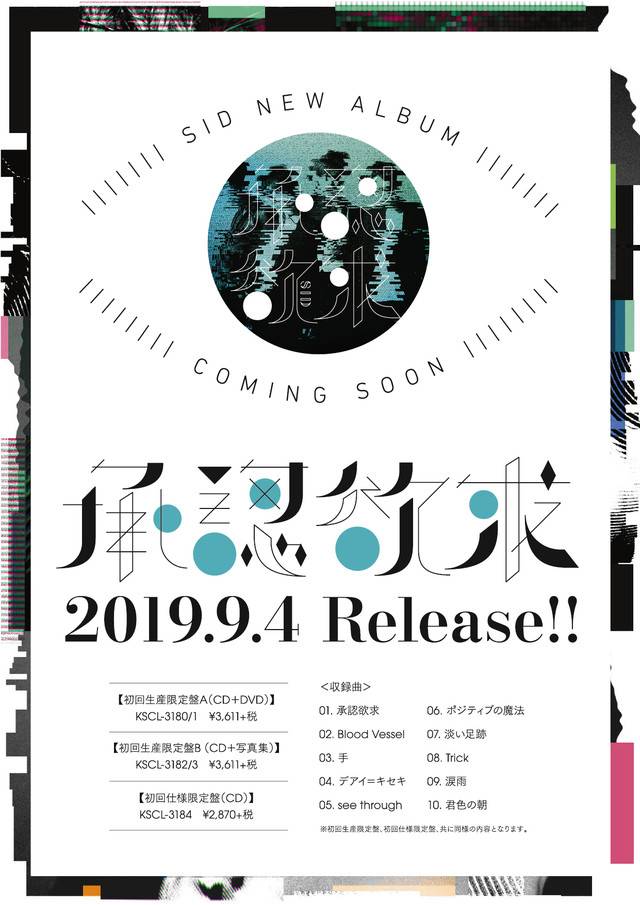 SID's new album "Shounin Yokkyu" will be released on September 4.

The band's last album "NOMAD" was released about two years ago in September of 2017. Their upcoming album will feature a total of ten songs including "Kimiiro no Asa," which they performed at their concert at Yokohama Arena back in March. With this announcement, the band has revealed a teaser visual for their upcoming album (seen above).