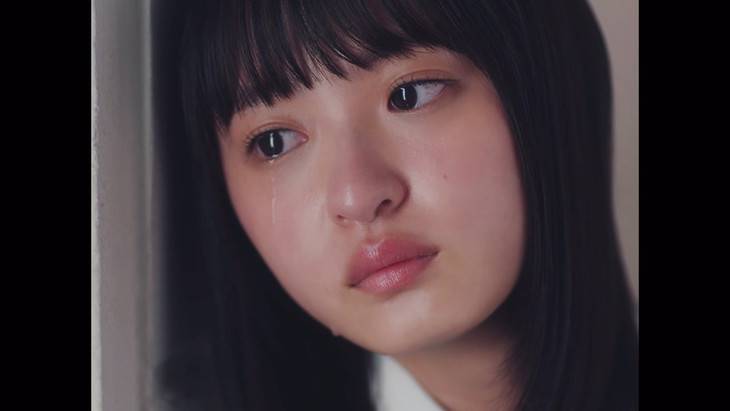 The PV for Nogizaka46's new single "Yoake made Tsuyogaranakute mo Ii" (September 4 release) has been revealed.

Directed by Maruyama Takeshi, the video was shot with the theme "girls secretly have conflicts within their hearts and have worries that they can't tell anybody." The shoot for the image scenes took place at a studio in Tokyo and Tochigi Prefecture's Ashikaga City, while the shoot for the dance scenes were held in Otemachi, Tokyo. For the dance scenes, the group recruited 250 extras.

Endo Sakura, who is center for this single, sheds tears in the PV. During the shoot, she thought about her "memories with the fourth generation members."