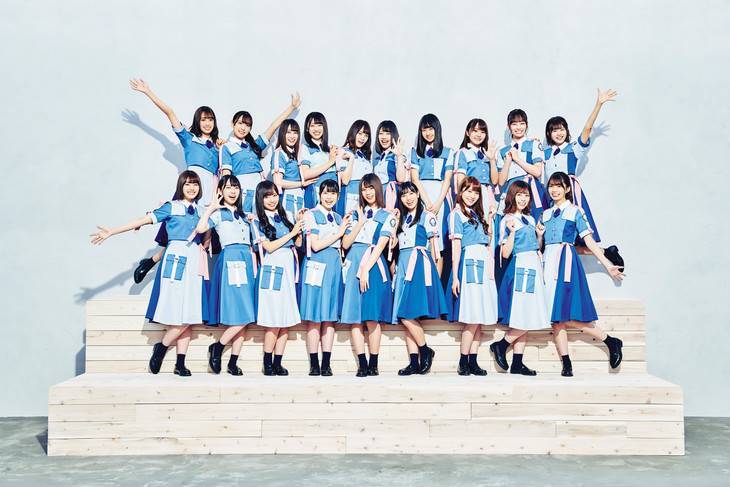 Hinatazaka46 will release their third single (currently untitled) on October 2. To commemorate its release, they will hold a one-man live on September 26 at Saitama Super Arena.

This announcement was made on August 17 during the group's handshake event and mini live for their second single "Doremisorashido" at Kyoto Pulse Plaza. When captain Sasaki Kumi delivered the news to their fans, the crowd broke out in cheers. The new single will be released in four different versions. They also plan to hold handshake events across Japan to commemorate the single's release.