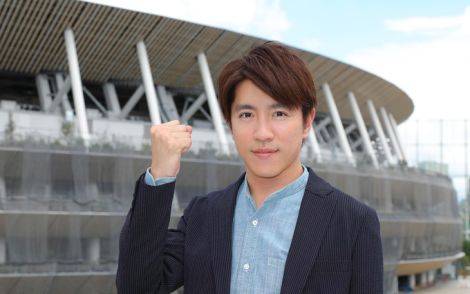 Fuji TV has announced that Kanjani8 member Murakami Shingo will serve as the main caster for their broadcast of the Tokyo 2020 Olympics next summer.

This will be Murakami's first time serving as caster for an Olympic broadcast. He commented, "Tokyo Olympics being my first time serving as an Olympic caster, half of me is happy, and the other half is nervous. Being invited to the Olympics is something that doesn't happen very often, so I am very pleased, but I feel that this will be a challenge with a different kind of pressure than usual."

In preparation for the Tokyo Olympics, Murakami will appear as a special guest to the broadcast of the '2019 Judo World Championships Tokyo Tournament', which will begin on August 25.