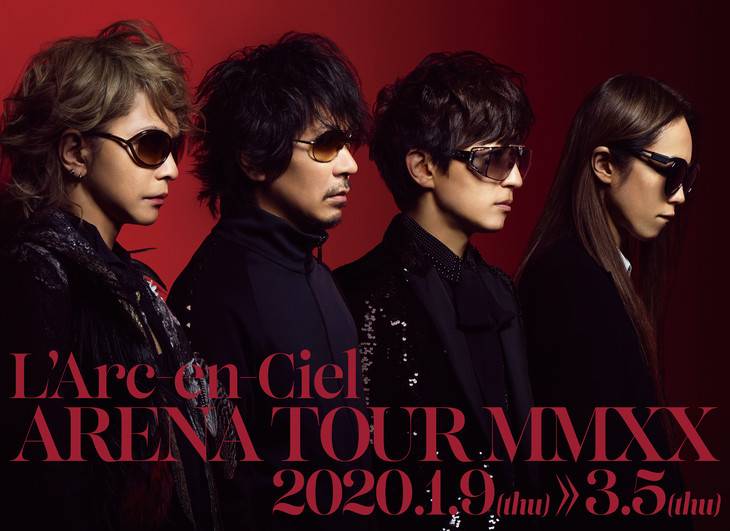 The band's last tour was 'L'Arc-en-Ciel 20th L'Anniversary WORLD TOUR 2012' eight years ago in 2012. The upcoming tour will kick off on January 9 at Osaka-jo Hall and will run until March 5 at Yoyogi National Stadium for a total of 12 shows in 5 locations. Among the 12 dates, February 28 and 29 at Yokohama Arena will be an exclusive live for members of their fan club 'LE-CIEL.'