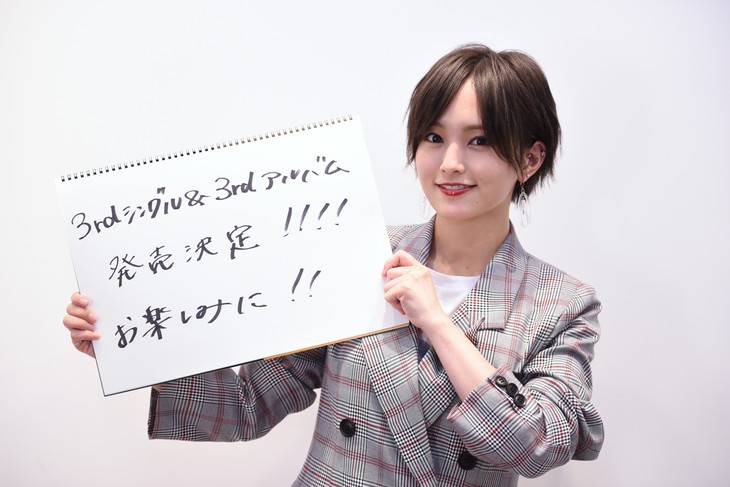 This announcement was made on September 17 during a live broadcast on her SNS accounts as well as Music natalie and Model Press' Twitter accounts. The title track, produced by Kobayashi, is written and composed by Yamamoto, and it's a "winter ballad about the moment you realize that your ordinary days are gone, and how those days were the happiest days of your life." As the coupling track, the single will include a medium-tempo tune that was created together with Mori Zentaro. Yamamoto is scheduled to appear on the last day of the art festival 'Reborn-Art Festival 2019,' which Kobayashi serves as the executive committee chairman, and perform the single for the first time.

In addition, Yamamoto will release her first full album (currently untitled) after graduating from NMB48 in December. More details on the album will be revealed at a later date.

THE RAMPAGE's RIKU, Kawamura Kazuma & Yoshino Hokuto appear on 'THE FIRST TAKE' for the first time
1 day ago   0   204