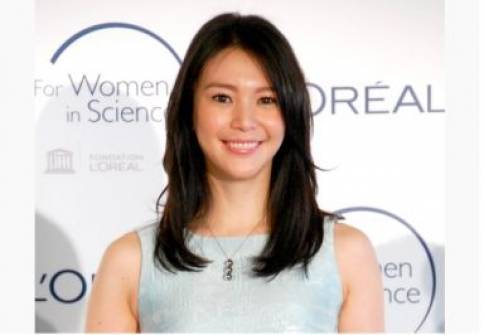 Chibana reported on Instagram, "The other day, I gave birth to a healthy baby girl. I felt really happy after feeling the warmth of this small life who just came into this world." She thanked the hospital staff and other persons concerned, stating, "As a woman and mother, I will take each step forward while learning with my family. It would make me happy if you would watch over us warmly."

Kamiyama and Chibana started dating in 2014, then tied the knot on October 17, 2017. Chibana was selected as the Japanese representative for Miss Universe back in 2006 and placed second place. Since then, she has been active as a model, actress, and news reporter.

Kamiyama made his debut as a member of dance unit RUN&GUN in 2001. During his time in RUN&GUN, he appeared in numerous dramas and stage plays, but then graduated from the group in 2014 to devote himself to his acting career.