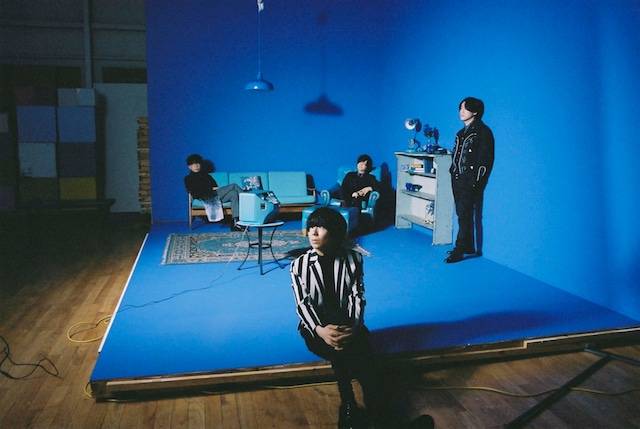 The PV for indigo la End's new song "Kokoro no Mi" has been uploaded onto YouTube.

"Kokoro no Mi" can be found in the band's new album "Nureyuku Shishousetsu" (released on October 9). The PV is comprised of scenes of the band performing in front of a merry-go-round and a drama part set at an amusement park.