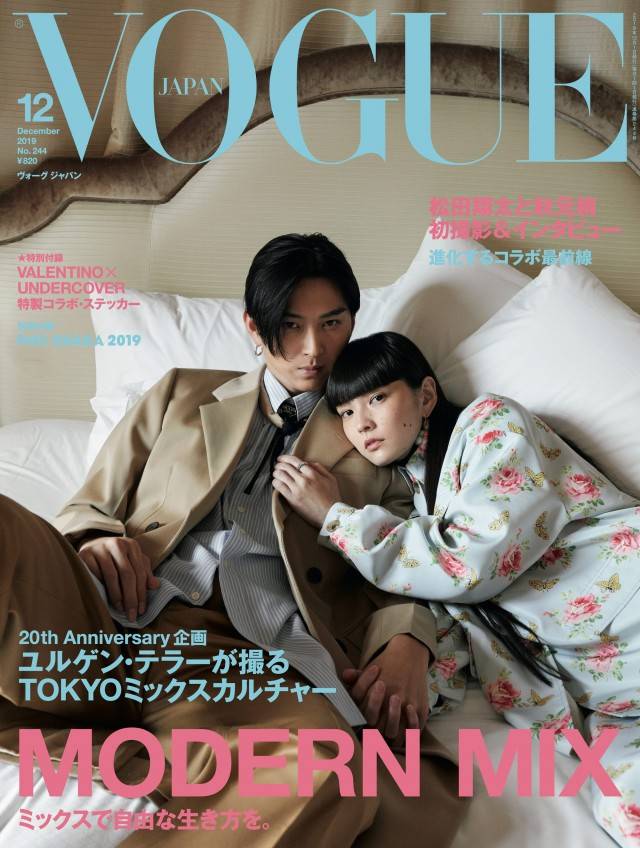 The couple had never appeared in front of the media since getting married, but they agreed to the magazine's special shoot and interview. The photo shoot took place at a hotel in Milano with photographer Juergen Teller.

In the interview, the two talk about their present and future. When asked about what has changed since they started spending more time together, Akimoto responded, "He points out my mistakes. He also helped me realize I was unable to naturally smile because I have so much work that require me to be serious."

On "20 years from now," Matsuda commented, "I think there is loneliness and difficulty in chasing after new things. I hope to pursue good things about getting older. I want to believe in my potential, but I also want to live as a 54-year-old." He continued, "And I don't know where we'll be living 20 years from now. In Tokyo, I am a 'celebrity' when I step outside, so I feel nervous. I would never be able to go on dates with Kozue while holding hands."