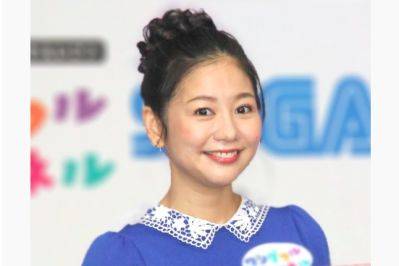 Talento Sekine Mari (34) has given birth to her second child, a baby girl. This announcement was made on October 29 during NTV's 'Sukkiri!'

Sekine married singer K (35) in August of 2014, then birthed their first daughter in November of 2015. Back in June, she appeared on 'Sukkiri!' and announced that she is expecting her second child.