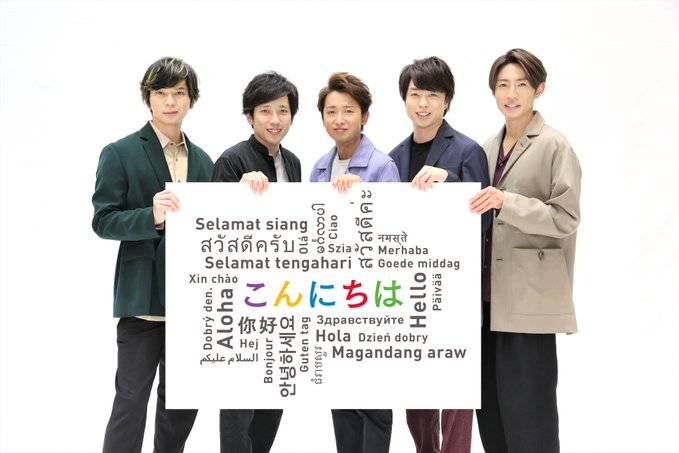 On November 3, the day of their 20th debut anniversary, Arashi had a live broadcast via YouTube and announced to fans about their upcoming activities.

First, Matsumoto Jun delivered the news that Arashi will be opening official accounts on Twitter, Facebook, Instagram, TikToK, and Weibo. He explained, "We want to get even closer to our fans, to deliver things in real time." In addition, all 64 singles from their debut song "A?RA?SHI" to their latest "BRAVE" have been released on music streaming services. At the same time, a new song titled "Turning Up" has been released digitally. Its music video was also made available, which can be seen below.

Then, Sakurai Sho reported on a project called 'Jet Storm' in which the members will visit cities across Asia on November 10 and 11. During the two days, they will visit Bangkok, Taipei, Jakarta, and Singapore. Ninomiya Kazunari followed with an announcement that the finale of their tour 'ARASHI Anniversary Tour 5×20' on December 25 at Tokyo Dome will be broadcast live on 520 screens at 328 movie theaters nationwide.

Additionally, Ohno Satoshi announced that the group will hold a 2-day concert at the new National Stadium on May 15 and 16. Finally, Aiba Masaki disclosed that they will hold a concert in Beijing, China next year. At the end, Ohno called out, "We hope to challenge ourselves to new things with everyone in the next year." Aiba added, "Let us create a storm [arashi] throughout the world!"