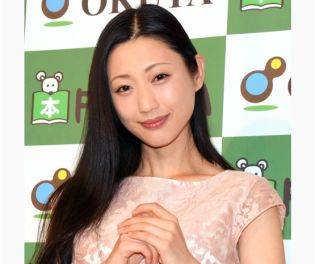 It's been reported that talento Dan Mitsu (38) has married manga artist Seino Toru (39).

In a written announcement to fan club members, Dan Mitsu announced, "We met on a program about 2 years ago and have been good friends; going out to eat and going on walks. At the beginning of this year, we started thinking about marriage, and it happened today. I am not pregnant."

She continued, "Seino-san is always quiet and kind. Somehow, he is like my father, so I think that's what attracted me to him. I feel really grateful that a manga artist has accepted someone like me, who sells myself in a unique way."

Similarly, Seino announced, "It's hard to believe that a minor cult manga artist and Dan Mitsu-san would submit marriage papers at a ward office... I myself can't believe it at all. I had given up on marriage about 3 years ago, so I'm really lucky."

THE RAMPAGE's RIKU, Kawamura Kazuma & Yoshino Hokuto appear on 'THE FIRST TAKE' for the first time
10 hours ago   0   130