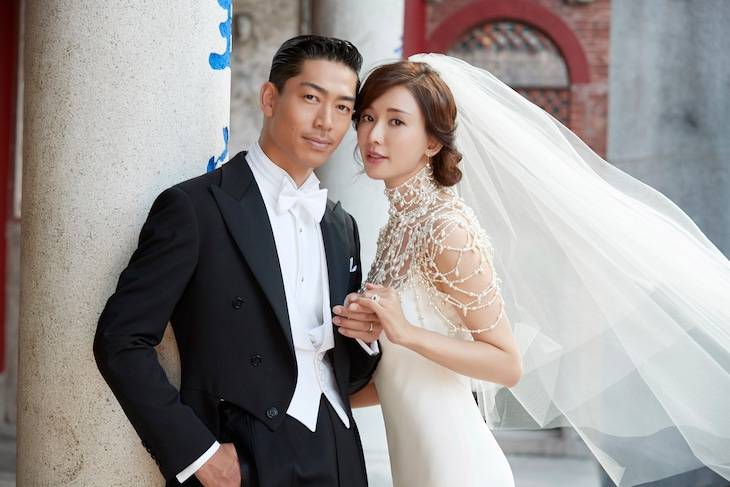 The two began dating after co-starring in the stage play 'Red Cliff ~Ai~' back in August of 2011, and they officially submitted their marriage registration papers in in June. They chose to hold their wedding in Tainan because it is a special place of memories for Lin Chi-Ling's grandmother and her family. About 100 people, including the couple's family and friends, were invited to the wedding. After the ceremony, they held a reception at the Tainan Art Museum where over 3,000 local fans gathered outside to congratulate the couple.