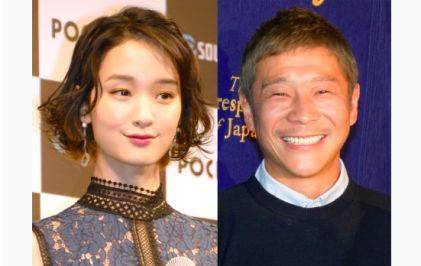 Daily Shincho recently reported that actress Gouriki Ayame (27) and e-commerce company Start Today president Maezawa Yusaku (43) have broken up. Gouriki's agency released a statement on November 12, saying, "It's true that they have broken up, but we leave private matters up to her."

Gouriki and Maezawa's relationship was first reported by 'Josei Seven' back in April of 2018. On the same day, Maezawa confirmed the relationship via Twitter stating, "I pretended to be her manager and walked behind her while holding her purse, but it's been exposed. But we are serious! By the way, I've been a fan of hers since a long time ago." Afterwards, Gouriki also wrote on Instagram that they are in a relationship hoping that her fans will warmly watch over them.