Gesu no Kiwami Otome. to release a new album in April 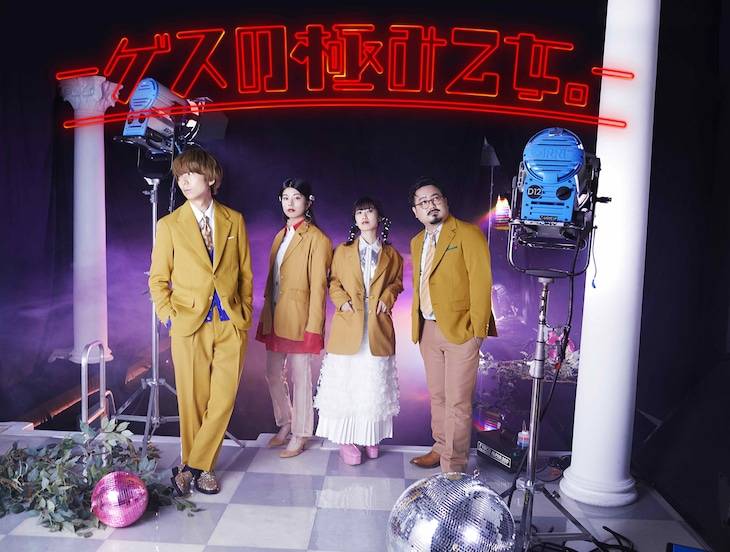 Gesu no Kiwami Otome. have announced that they will release a new album titled "Streaming, CD, Record" in April.

The last time Gesu no Kiwami Otome. released an album was "Suki nara Towanai" in August of 2018. Currently, no details on the new album have been revealed. However, their new song "Killer Ball wo Mou Ichido," which will be included in the album, is now available on iTunes Store, Spotify, and other music streaming services.

To coincide with the new album's release, the band will set out on a live tour from May. The schedule can be seen below.